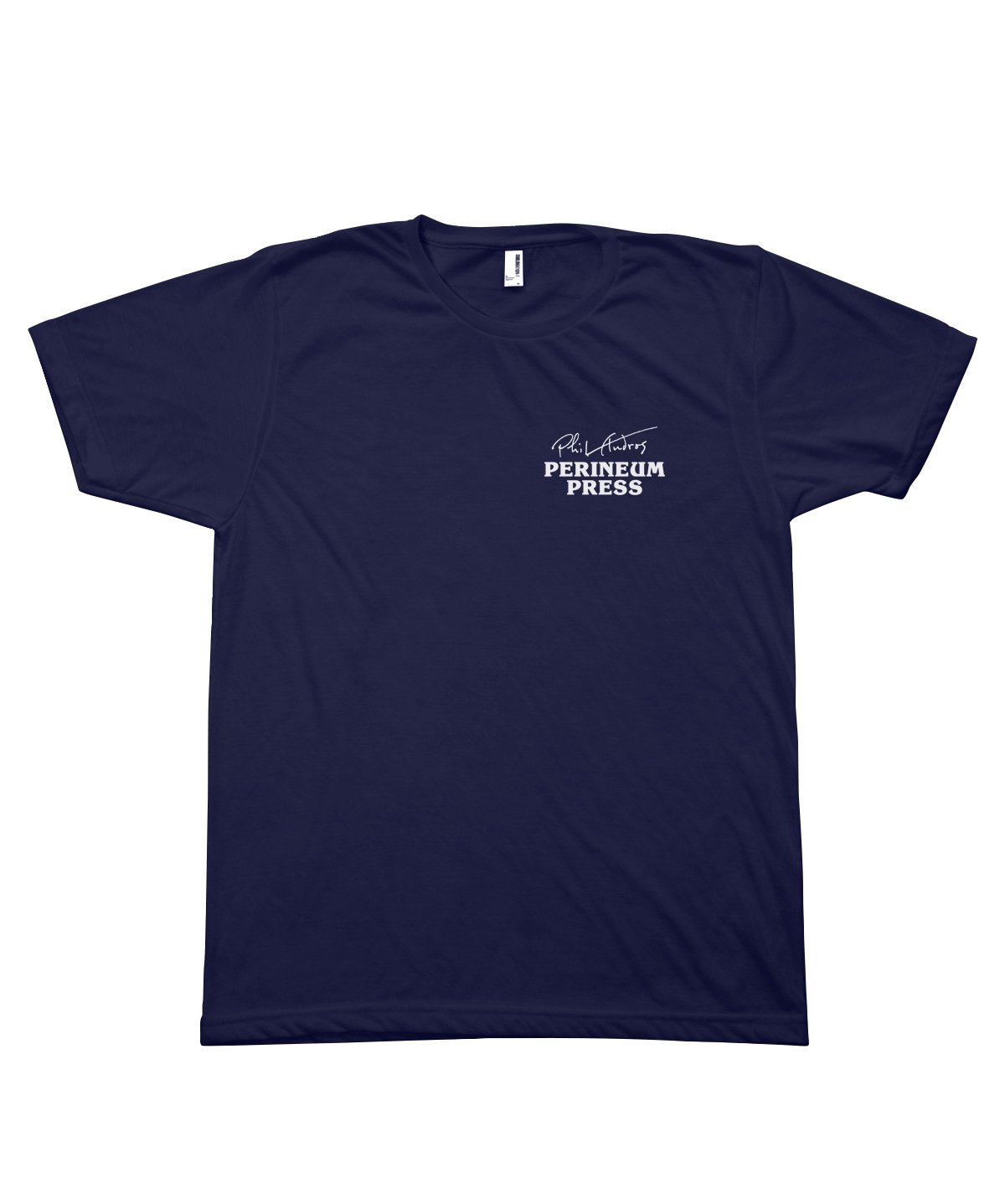 Samuel Steward penned a series of gay pulp novels under the name Phil Andros. The novels didn’t get a proper release until the second edition, under the Perineum Press imprint (named by Samuel Steward). This t-shirt is a tribute to the project, designed as a worker shirt for the illusory Perineum Press.

0
Your bag is empty
Start shopping